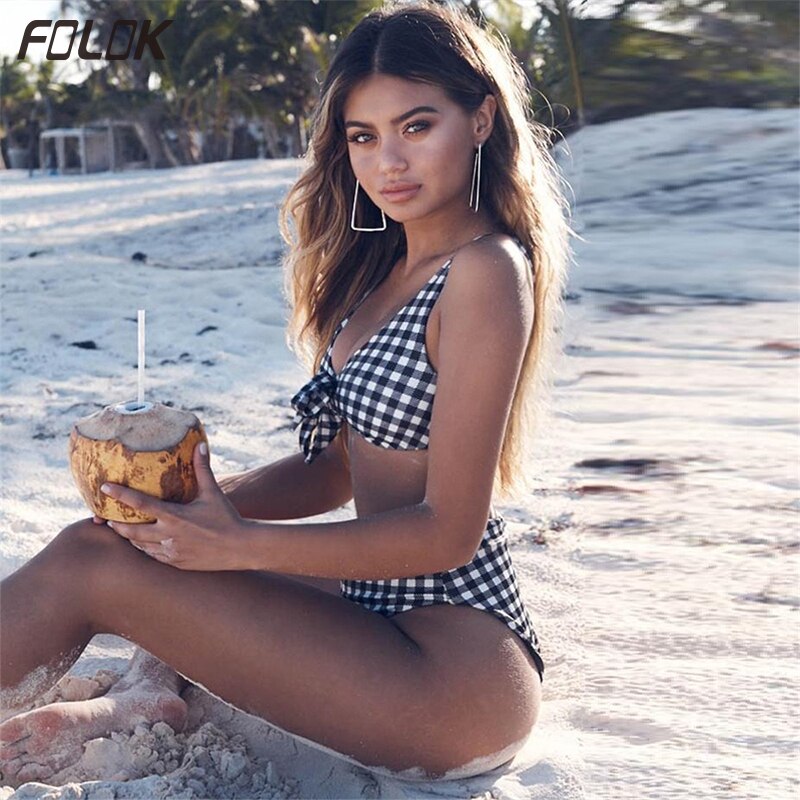 Swimwear – How to Look Gorgeous This Summer!
By Paul Bowers

To look your best this summer on the beach learn all the different styles and types of swimwear available on this summer.

The terms bikini-swimwear, bathing suit, monokini, bikini, swimsuit, swimming costume and bathing suit relate to clothing that is designed for the swimming pool or for lazing on a beach, swimming in the sea or for playing water sports.

Swimsuits are often made with an inner lining to prevent the water from making the swimsuit transparent. Swimwear comes in many styles and the latest revolution has come from Miraclesuit swimwear, an American company, which uses a modern fabric which is said to make a woman look up to ten pounds lighter instantly.

The one piece swimsuit which is also known as Maillot in French is a form of swimwear that comes in one piece and covers the hip area, the tummy and the breasts and usually has straps going over the shoulders. The one-piece swimsuit is normally very figure hugging and flattering for women and is often the preferred bathing costume for professional swimmers in the swimming pool.

Until bikinis were introduced almost all swimsuits were in one piece with various styles such as the halterneck swimsuit, the surplice (which is a form of wrap-around style) and the bandeau swimsuit style (described below). The standard one-piece swimsuit has two straps and a scooped neck or sometimes a plunge effect which shows more of the boobs. Other styles will have a very deeply plunging back to show off just a little bit more.

Some one-piece swimsuits come with halter neck where the straps tie around the neck and attach to the front of the swimsuit leaving more of the back exposed. This is a very sexy style that gives great support to your bust. A style that has reintroduced, having a very 30’s feel to it, is the boy leg one-piece which looks like a classic one-piece with a boy short type leg.

The surplice one-piece has a sophisticated feel to it, almost like a toga, with a diagonal wrap over piece of fabric which is great for hiding a slight tummy. Some women who are looking for maternity swimwear will go for the Swim Dress which has a summer dress fitted feel to it and looks ever so sweet whether you are pregnant or not.

The Bandeau style of swimwear is very stylish and very French. A strapless bathing suit with pleats and some have straps or halters for added support and security.

The bikini, or bikini swimwear or two-piece swimsuit as it is sometimes known, is much more revealing than the one-piece swimsuit and is often preferred by younger women. One piece covers the boobs while the other covers the bum and pelvic area.
The bikini was a form of swimwear which had its origins in Greco-Roman times. Floor mosaics from the period of the Emperor Diocletian (286-305 AD) in the Villa Romana del Casale, Sicily show women in bikini like clothes. The ‘Bikini Girls’, as they have become to be known, are shown exercising in garments that to the modern viewer are in fact, bikinis.

However, the modern bikini swimwear was invented by a French engineer named Louis Réard in 1946. The bikini outraged many people when it first began appearing on French beaches in 1947. Réard had named his style of swimwear after Bikini Atoll in the Pacific which was the site of the nuclear weapon test in mid 1946. Réard believed that the burst of excitement created by the bikini would be like a nuclear device, and he wasn’t far wrong. After the introduction Réard’s business became highly successful. In advertisements Réard kept the mystique of the bikini alive by claiming that a two-piece suit wasn’t a true bikini ‘unless it could be pulled through a wedding ring.’

The bikini is said to be the most popular women’s beachwear worldwide. According to Olivier Saillard, the French fashion historian, who said it is due to “the power of women, and not the power of fashion” saying further that, “The emancipation of swimwear has always been linked to the emancipation of women.”

The bikini became the official uniform, in 1994, of women’s Olympic beach volleyball. It was a turning point for female sexuality and the athletic world and it gave a great increase in viewer numbers, one can only suspect that the majority were male.

Bikini underwear is worn by both men and women and is revealing like the bikini swimwear bottoms. Women’s bikinis are effectively any close fitting, skimpy panties that are smaller than traditional panties or knickers. Men’s bikini underwear is smaller and more revealing than men’s briefs.

The monokini, or as it is sometimes known the topless swimsuit or unikini, is a form of swimwear that has only the bottom part of a bikini thereby leaving the boobs exposed. This style of swimsuit is accredited to the American fashion designer Rudi Gernreich who, in 1964, brought it to popularity and is said to have first used the term, monokini.

Monokinis are only for the most daring of women and for those beaches where topless bathing is allowed.
Monokinis come in various styles with some having a fully covered bum and some having a g-string style at the back. In more recent years the monokini has been seen cut high to the waist with high cut legs.

Bikini tops come in many styles including a halter-style neck that offers more coverage and support, the strapless bandeau style which is a rectangular strip of fabric covering the boobs which has the effect of reducing large breasts. Then there is the bikini top with cups similar to a push-up bra or the more traditional triangle cups that lift and shape the breasts.

A swimsuit cover is a simple and sexy way to make yourself look glamorous and to stand out at the beach. These lovely additions to your swimwear wardrobe come in many forms such as the sarong, or a small triangle of fabric that ties at the hip or the more modest robes or delicate gown styles.

By Paul Bowers, I write for Mio Destino – a company that sells high end Swimwear and from some of Europe’s finest designers.

Article Source: Swimwear – How to Look Gorgeous This Summer!

View all posts by admin →